After arriving in Ecuador, we were recommended to visit Cuicocha, a lake that is located north of Quito. There is a similar lake, Quilotoa, that is more prevalent in the typical touristy websites, but this lake is the one that was recommended to us by people who live in Ecuador.

Lake Cuicocha is a lake formed in a volcanic crater north-west of Otavalo or directly west of Cotacachi in Ecuador. From Otavalo, simply take a bus to Cotacachi and ask to be dropped off in Quiroga. This cost us a little more than $3 per person. From Quiroga there are white trucks that will take you the rest of the way to Lake Cuicocha. This truck is in the same plaza that the bus drops you off in, and should only cost $1 per person.

Once you arrive at Lake Cuicocha, you will sign into the park with your passport number. We made up numbers because we didn’t have our passports. This is a common practice though; that the parks and other cultural locations will want your document number.

Then we started on the loop around the lake. We went counter-clockwise around the lake, which makes for a steep first quarter of the hike and then gradual decline the rest of the trail. 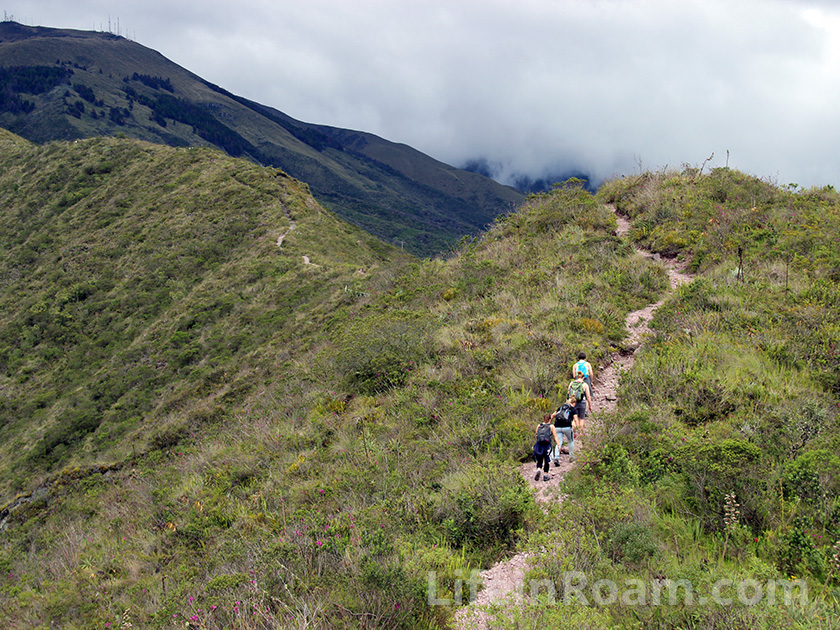 Looking at the lake, we thought there is no way this is going to take 5 hours to walk around. It certainly didn’t look like an 8 mile hike. We started out very confident. 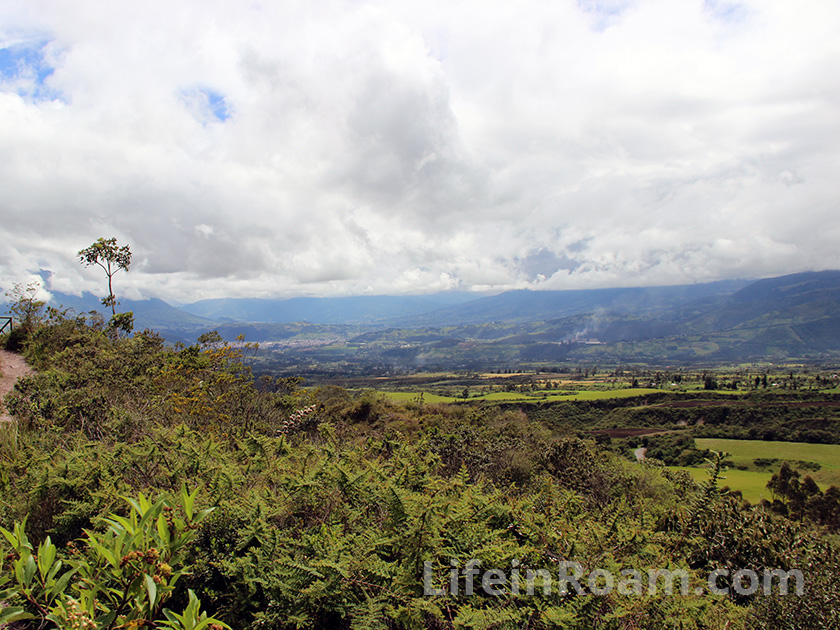 Turns out it took us about 5 hours and 20min. We were completely unprepared for the elevation which made for very difficult hiking for Jeff and Taylor. I have the stubborn mentality of a donkey and kept trudging to the top of hills despite my lungs gasping for air. Lake Cuicocha is at an elevation of 10,650 ft. This is higher than Camp Muir on Mt Rainer or higher than all the Adirondack mountains.

When we reached the top of the highest ridge we were met with rain. Fortunately it was light rain and the clouds were giving us quite a show.

Cuicocha Lake is formed in the crater of a volcano that erupted about 3,100 years ago. Cuicocha in Kichwa language means guinea pig. It is named guinea pig lake because of the shape of one of the islands in the lake. The islands are made from lava domes and people are prohibited from going on them. There are boats that can take you around the islands to view some of the vibrant plant and animal life that lives there.

After cresting the highest hill, there are spectacular views of the lake. After that though, there are less views of the lake, and more experience of walking through the local ecosystem. We were there during the Ecudorian summer, and there were lupins blooming and wild blueberries to enjoy while on the hike.

When I was in elementary school, Lupins would grow all along the fence of the play field and I loved them. Doing a quick wiki search, it turns out Lupins are a part of the legume family and used to be an edible part of indigenous peoples diets. The seeds would need to be soaked in running water to remove bitterness.

After we finished the hike we did the same trip in reverse to get back to our hostel in Otavalo. 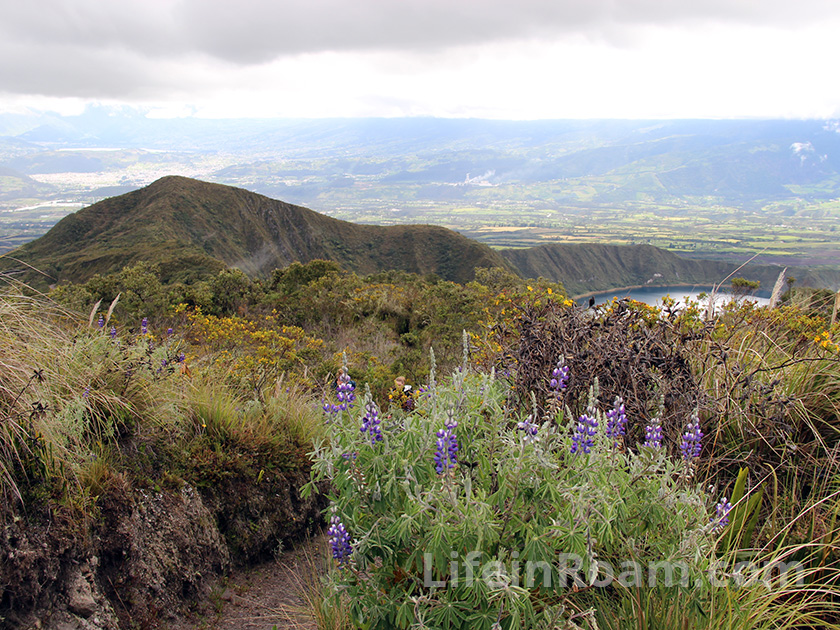