Ushuaia’s motto is: Ushuaia, end of the world, beginning of everything. They claim to be the end of the world because they are the southernmost city in the world. There is another town in Chile more south than Ushuaia, but they aren’t technically a city so they don’t count. Suck it, Puerto Navarino.

Ushuaia is located on the island of Tierra Del Fuego, which is the southernmost part of the Patagonian mountain range. It is named Tierra Del Fuego because when Ferdinand Magellan sailed through the islands he saw the coastline dotted with fires from the indigenous people who lived there.

Aside from one main tourist road, there is not much more to Ushuaia. The main attraction is the nature surrounding the city and less than the city itself. There is amazing Patagonian barbecue restaurants though that specialize in grilled lamb. They flay the entire lamb open and slowly cook the body over a fire for hours. The result is tender, salty, tasty meat.

One hike that is extremely easy to access from the city is the hike up Glacier Martial. We took a cab to get there, but there is a trail from the city that you could walk up to the glacier if you wanted to. This would make for a long uphill climb though. The access to the trail is at: 1498 Aldo Motter and looks like this:

We took a cab to the top, which cost about $10 for the three of us and all we had to do was ask for “Glacier Martial.” From there it is an uphill climb, but it is fairly short. It only took us about 45 minutes to reach the top. (We are sort of fast walkers though.)

After the initial climb the trail is a beautiful walk alongside a river. You can see the glacier the whole way up. Why do you care about this glacier? It’s not that outstanding or big. Well, the glacier is the source of the water in Ushuaia. You can literally climb to a fresh water source for a city. For an urban kid like me, that is pretty cool. Also, the glacier is named after Luis Fernando Martial, who was a leader of a scientific expedition from France in 1882-1883. Him and his team researched local flora and fauna. He seemed to make relativly friendly contact with the local indigenous people, compared to other Europeans.

Like most places in the developed world, the sites and landmarks are named after, or by, the Europeans that visited the land. The area in Tierra del Fuego has a similar story to the United States, in that basically the Europeans claimed manifest destiny and killed all the natives. The land in Tierra del Fuego was habited by people called the Yaghanes or Yamans. They were nomadic and lived in the land for at least 6000 years. From the beginning, the relationship between the Europeans and the Yaghans was strained. First the Europeans thought they were cannibals.  Then they decided that was probably just a misunderstanding. Then Robert Fitzroy took 4 Yaghanese in the name of “civilizing” them to England.

Later he returned the 3 survivors back to Tierra del Fuego. The hope was that the Fuegians would continue the behaviors they learned in England, such as gardening and agriculture, but they didn’t. Later, the Europeans tried to evangelize the natives, and the natives were like “thanks, but no thanks.” Eventually the Argentine and Chilean government was like “okay, those natives are annoying. Hey sheep farmers, we will pay you for every scalp of each native you murder.” And so the population was reduced to 500 and the natives of Tierra Del Fuego were slaughtered much like the ones in North America. 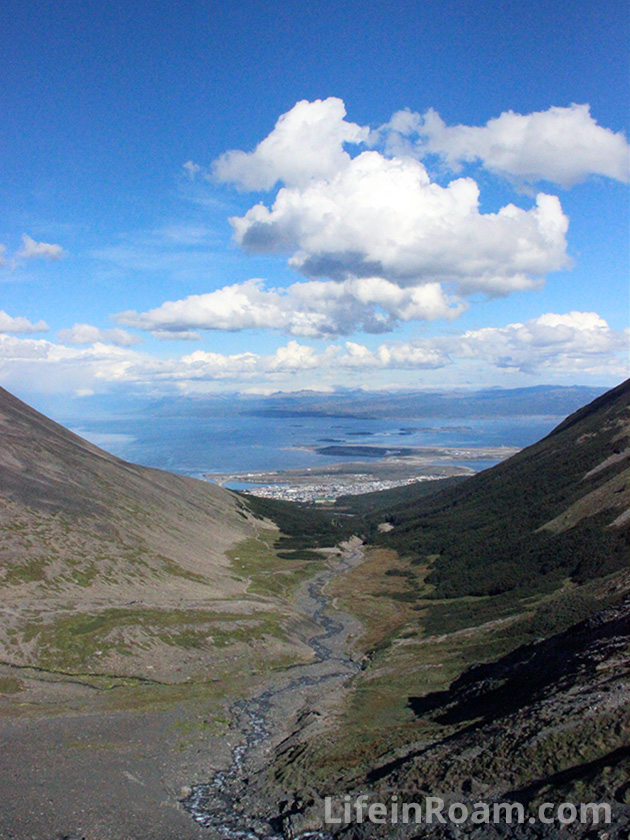 Well. That is certainly depressing.

But! More about Glacier Martial. Once you reach the top of the trail, the view of Ushuaia is certainly more breath-taking than the glacier itself. You can see the city, the mountains of Chile across Beagle Bay, and of course Beagle Bay. 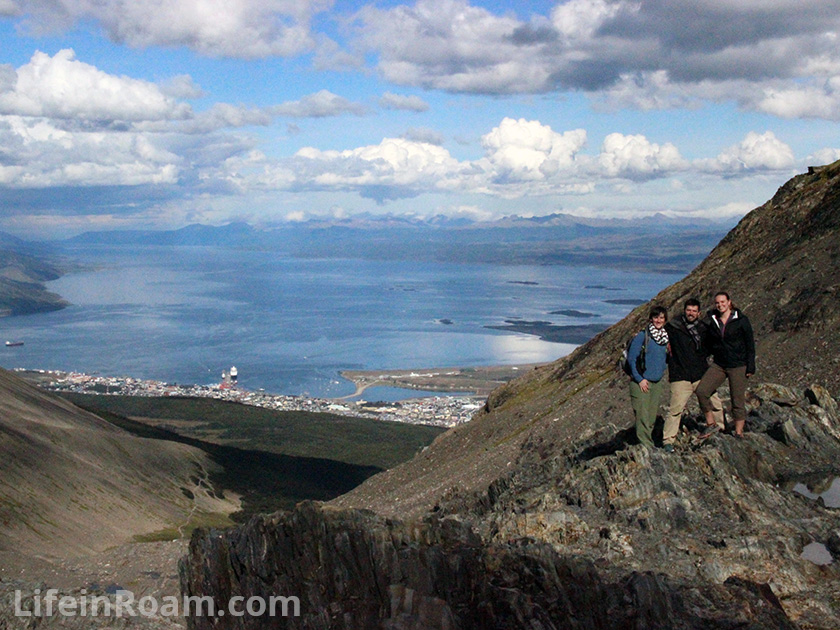 Personally I enjoyed the hike up the most. There is neon green plants growing in the river. Water is trickling down in thin waterfalls along the mountains. The trees are twisting and turning in all directions making it look like where a Disney villain would live.

On our way back to town we took the trail down instead of a taxi. The trail was really nice and it well-marked with yellow paint. It seems like the locals like to use the trail as a place for mountain biking.  We took the first entrance to the trail we could find after leaving the glacier. This didn’t work out particularly well for us. The trail sort of disappeared and we needed to do some bush-wacking and shimmy across a creek to get to the trail again. Thus, if you want to join the trail from the top, I would recommend trying a different entrance.

This is the entrance we used: 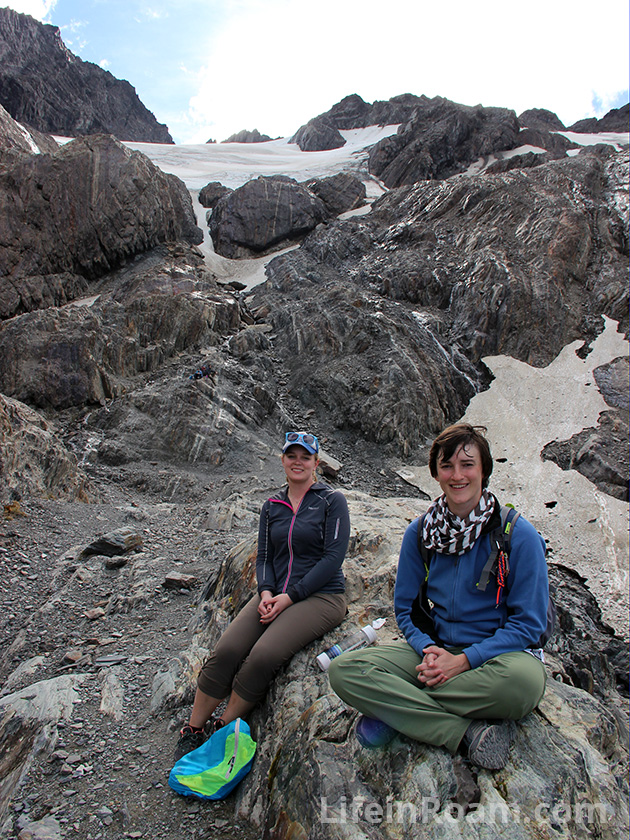 Glacier Martial was an excellent warm up for us. Two days later we went into the National Park and did most of the trails inside there and it was amazing. I’ll be writing about that next time.