We stayed in Buenos Aires for about 6 weeks. It was really nice to stay put for some time before moving more and really allowed us to meet people and get a feel for the city. Architecturally speaking, the city is very similar to Paris, many times I would feel like I was walking down a Parisian street.

During our time in Buenos Aires we stayed in three different neighborhoods all in the north or east parts of the city. 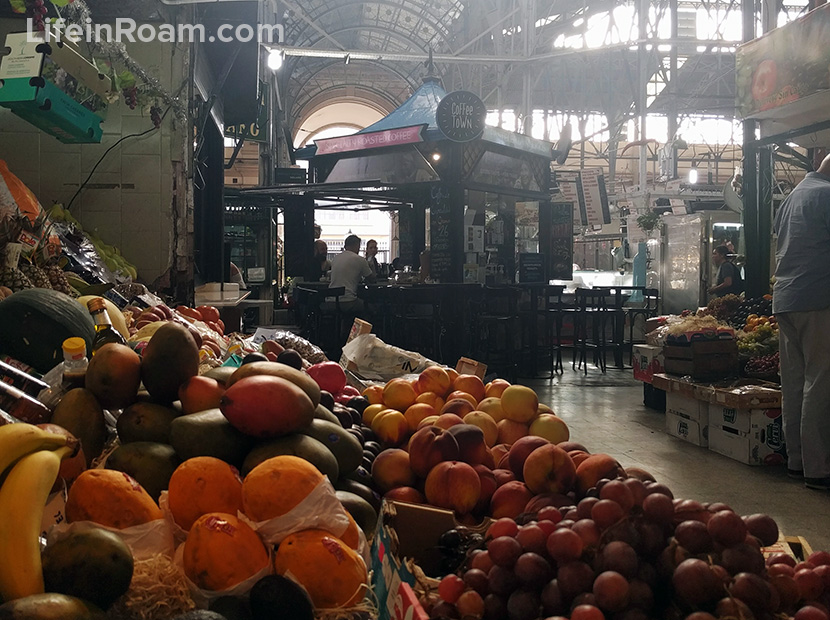 Our first 9 days we stayed in San Telmo which is the more touristy-historical part of the city. It is usually thought of as not very safe at night, but the night also doesn’t start until about 2am anyway which is when the pre-drinking kids arrive at the clubs. We didn’t participate too much in that culture so we didn’t feel too unsafe.

San Telmo is the oldest neighborhood in the city. In the late 1800’s there was a yellow fever outbreak and many of the upper and middle class left to Barrio Norte, leaving the poor behind. Ten thousand people died and left the neighborhood feeling a bit more empty. More recently, artist and immigrants have moved back into the neighborhood giving it a hippy and chill vibe.

If you are looking for Tango dancing shows or lessons, San Telmo is the neighborhood. Aside from tango and overpriced cafes, the stores are full of antiques, and the signs are hand-painted  masterpieces of old time font with bright colors.

On Saturdays the streets are lined with small vendors selling different goods of various artisanal quality. Taylor bought Jeff some spice there that was the only thing that satisfied his heat craving in the city.

Before it became a bustling neighborhood, Palermo was a private property owned by Juan Manuel de Rosas. He built a zoo, a plaza, a racetrack, and a park there. He was a dictator of Buenos Aires, tried to expand Argentina to Uruguay and Paraguay, lost the fight and was exiled from Argentina. Once he was exiled his private lands became part of the neighborhood of Palermo.

We stayed in Palermo for the majority of the time in Buenos Aires and that is where a lot of our local friends hung out and worked. The most happening part of the neighborhood is north and west of Av. Raul Scalbrini Ortiz. We usually booked the cheapest AirBnB’s around that part.  Palermo had a little more breathing room that San Telmo. The sidewalks were bigger with large trees providing shade and beauty.

This part of the city had a lot of coffee shops to check out and local breweries to sip at. It is a place where locals live, less touristy than San Telmo, but less upscale than Recoleta.

We only stayed in Recoleta for a few nights and it was certainly a convenient location. The yellow fever outbreak in San Telmo is actually one of the reasons that Recoleta grew and became it’s own neighborhood. It’s near to both San Telmo and Palermo and it is located on the metro line. There are lots of malls and museums to shop at, and one of the more popular attractions is the Recoleta Cemetery.

The cemetery is the burial place for many important people throughout Argentinian history, including presidents, scientists, poets, nobel prize winners, etc.  It’s a pretty cool place to stop by, though a little macabre. Most of the sites are family mausoleums, the less well-kept of which you can see into and see the dozen or more coffins inside. CNN called it one of the top 10 most beautiful cemeteries in the world in 2013. There are 4,691 vaults in the cemetery, 94 of which are considered historical sites.

To really enjoy the cemetery, one needs to be a Argentine history buff. On an aesthetic level it can be enjoyed by anyone.

One of the most famous sites is the burial site of Eva Perón, better known as Evita (Little Eva). She was the wife of president Juan Perón. Her life is an example of being born into poverty and then working her way up the social ladder to eventually become First Lady. While First Lady she made progress on labor unions and worker rights, women’s right to vote, and education for poor children. She died at 33 from ovarian cancer.

While Evita is still regarded fondly in Argentine history, she is not without faults. Pretty significant faults, to be honest. Her husband was one of the Commanders in the “Dirty War,” which from about 1974 to 1983 was responsible for killing somewhere between 9,000 and 30,000 people. They’re remembered as “the Lost Generation.” Despite her image as a representative of the undermined, she did nothing to stop this slaughter of people who opposed her husbands regime.

In the popular musical “Evita” with Antonio Banderas (he plays Che), this is the subject of the waltz between him and Madonna (she plays Evita). Them knowing each other is a completely fabricated event.

Che:
Tell me before I ride off in the sunset
There’s one thing I never got clear
How can you claim you’re our savior
When those who oppose you are stepped on
Or cut up, or simply disappear?

Evita:
Tell me before you get onto your bus
Before joining the forgotten brigade
How can one person like me, say
Alter the time-honored way the game is played? 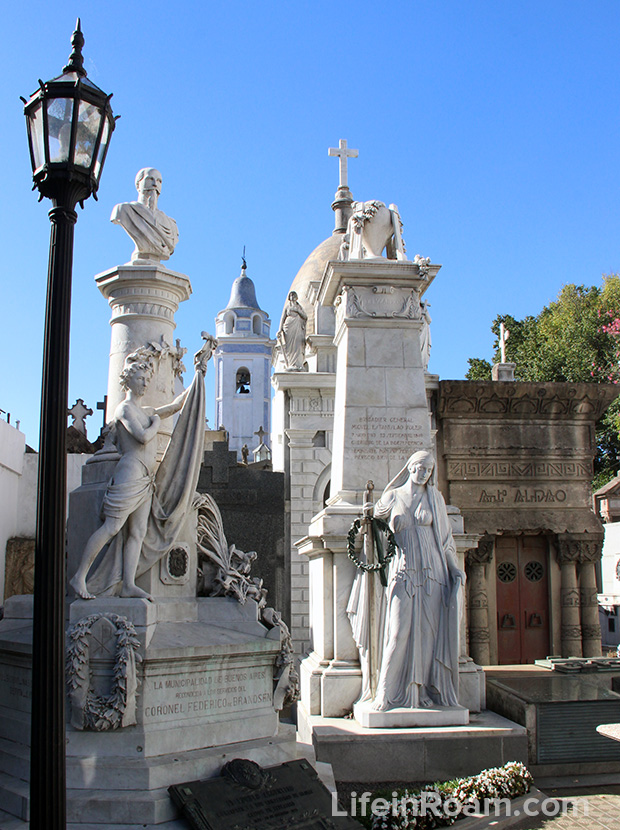